The Society sets out to encourage good development and design of all kinds in the Borough of Reigate & Banstead and to ensure that all such schemes have some public recognition we ask all members and the public to recommend particular developments which are of a high calibre design.

The awards are aimed at the following:

A proforma should be used which can be accessed here and printed off at your convenience.

Nominations are reviewed by an examination panel which includes a guest judge from a neighbouring Society, and aims to complete the review during August for presentation of awards at the Members Evening on the date published on our Meetings page.

Examples of previous years awards can be found in the links to the right of this page. 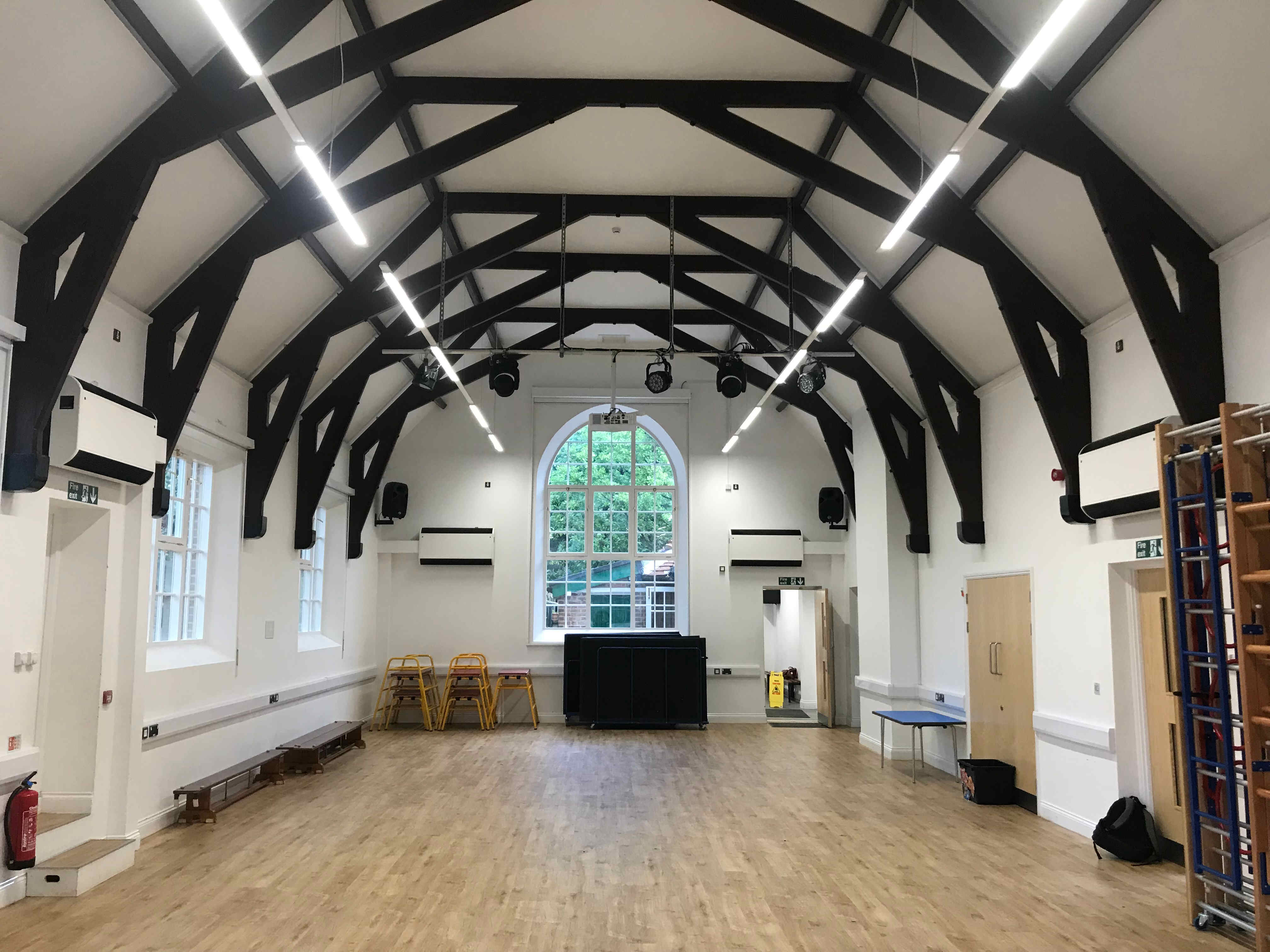 The Lower Hall building is part of St John's Primary School situated in a delightful conservation area on the edge of Redhill Common. There has been a school on the common since 1844 and parts of the present building still date back to this date. Over the years the school has served children aged from 5 to 14 and the buildings themselves have been expanded and developed with each change.

In 1910 the main building was erected, with three separate schools on the site. The infant school used the left hand side, the junior girls school the right and the junior boys school the lower building. The school become an amalgamated primary school with one headteacher, then a first school with 5 to 8 year olds and since 1993 a primary school catering for rising 5âs to 11 year olds.

TThe refurbishment of the Lower Hall was carried out and funded by Surrey County Council and the project had to be carefully managed as access onto the site was very restricted meaning that heavy plant and machinery could not be used and all work was carried out manually by the Cotractors. The materials used in the construction showed both a care and willingness to adhere closely with the conservation officer's instructions and a high level of detailing wasachieved internally and externally. Lime mortar was used to re-point all the brickwork, sandstone window sills to replace the damaged existing sills, Keymer handmade clay tiles were installed on the roof and new Accoya timber double glazed windows to match the original. The walls were also tied back together using a helifix system as most of the internal walls were cracked or had dropped.

Surrey County Council, the School and the contractor worked well together over the life of the project sharing a mutual respect and love for the building and it's architectural heritage. This meant the building was restored to a high standard of finish with high quality of materials used.

The building has a high level of civic importance as it is available for functions and events to the general public and it is considered that this project merits an Award. 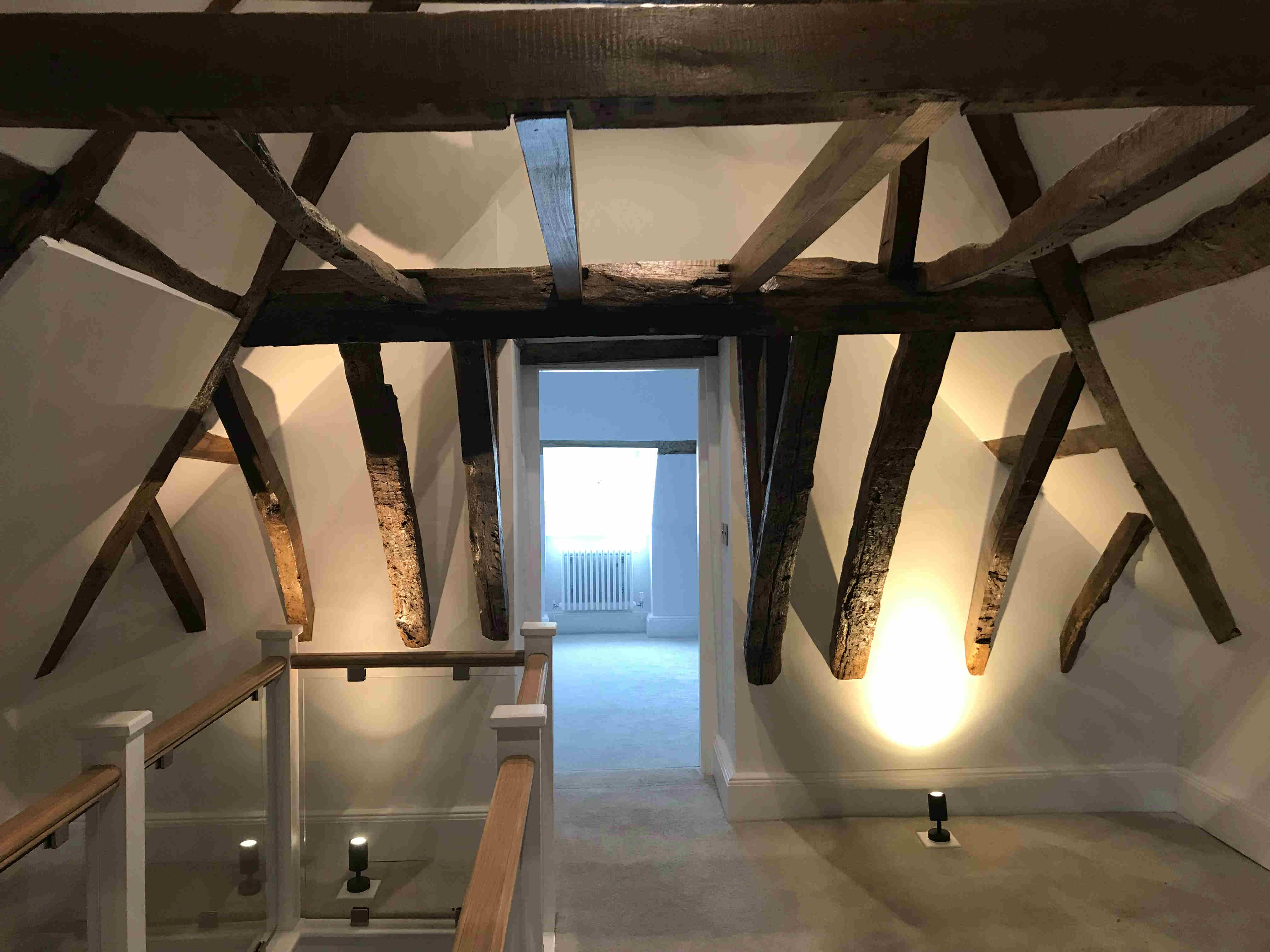 The Knights building at 8-10 Bell Street is a hugely important building in the fabric of Reigate's history. It is Grade II listed and located within the Reigate Town Centre Conservation area. Over the years parts of the building have been used for various different uses and owned by various different people. In the 1780's it became the Grapes Inn with apartments above. In the 1800's was owned by James Nichols a locally-renowned bailiff. From 1815 Thomas Elgar ran his draper business from the building and the stables to the rear were used as a stop off point for stagecoaches travelling from London to Brighton.

James Knight & Sons had been operating in the Bell Street site for 132 years before its closure in January 2017 with EPF Group taking ownership and refurbishing the building.

The development consisits of the two retail units on the ground floor and six apartments to the upper floors. The internal finishes to the building are of a high quality with a mixture of lime plastered walls, exposed original brickwork, timber roof pulins, rafters and joists. The detailing to all the flats has been very considered with a very high finish. Each apartment has it's own features linking it to it's historical use and modern services have been sensitively applied such as under floor heating, LED lighting and multimedia TV points.

Externally the building has been carefully restored with new timber double glazed windows to match the existing style, the retention of the original grapes and lettering as well as the detailing around the window shop fronts on the ground floor. The building has been successfully brought up to mdern living and retail standards while sensitively restoring and sustaining an important local building for the community.

It is considered that this project merits a Commendation.